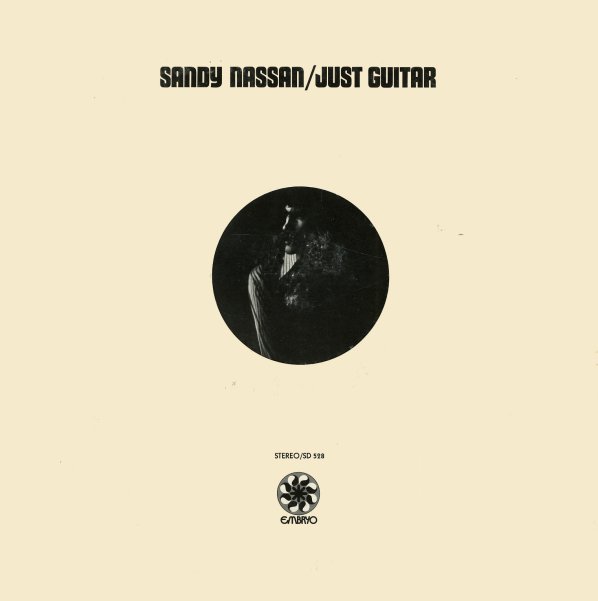 One of the more intriguing records on the Embryo label – even though they're all pretty great – produced by Herbie Mann, and featuring just solo guitar from Sandy Nassan! Titles include the very long "Jam" – plus "Bluesette", "A House Is Not A Home", and "When I Look In Your Eyes".  © 1996-2022, Dusty Groove, Inc.
(In the die-cut cover, with some minor stains and discoloration from age.)

Push Push
Embryo, 1971. Very Good+ Gatefold
LP...$9.99
One of Herbie Mann's biggest albums – and one of his funkiest too! The cover's a bit of an off-putter – although it probably helped sell the record, back in the day – but the grooves are as rock-solid as anything that Herbie cut at the time – tight, focused, and a perfect ... LP, Vinyl record album

Natural
Honeydew, 1977. Near Mint-
LP...$4.99
A compelling LP, especially on side one – which features material by a quartet led by bassist Wilbur Little, with Frank Foster on tenor, Danny Mixon on piano, and Billy Hart on drums – on titles that include "Soul Mama" and "With Love". Side two features solo piano ... LP, Vinyl record album

Hotmosphere
Pablo, 1976. Near Mint-
LP...$49.99
Known world-round for his classic work with Sergio Mendes and Weather Report, percussionist Dom Um Romao is one of the greatest Brazilian musicians of all time, and this compilation of 1976 recordings for Pablo has him playing in a nice raw groove. The tracks have a beautifully jazzy sound, and ... LP, Vinyl record album