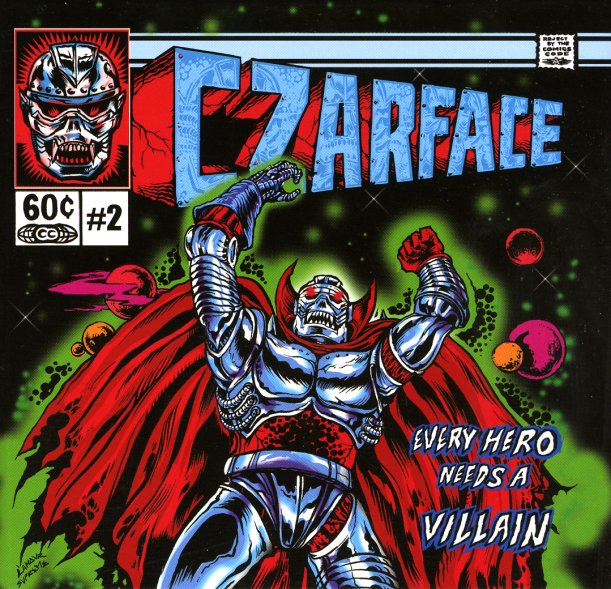 Every Hero Needs A Villain (with comic book)

The superhero hip hop team of of Inspectah Deck, 7L, and Esoteric return as Czarface for epic second album from Brick Records! We thought the debut was ambitious, but this one's bigger in every way – and features a mighty roster of guests, including MF Doom, Method Man, Large Professor, GZA, Juju of the Beatnuts, Ra The Rugged Man, and Mayhem Lauren – a lineup that only adds more to the action-packed blast of the trio at the core! Titles include "Don The Armor", "Czartacus", "Lumberjack Match", "Nightcrawler", "World Premier", "Red Alert", "Junkyard Dogs", "When Gods Go Mad", "Escape From Czarkham Asylum", "Sinister", and "Good Villains Go Last". 2LP version includes a premiere issue of the Czarface comic book – titled Death & Destruction!  © 1996-2021, Dusty Groove, Inc.
(Colored vinyl – includes comic!)