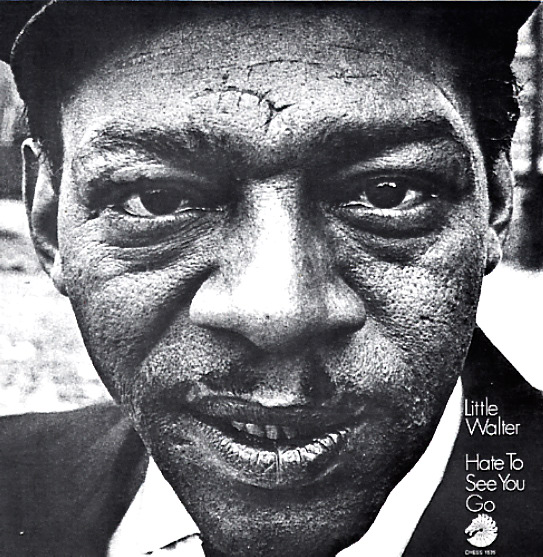 Hate To See You Go

Killer 50s work from the great Little Walter – tracks that show that he was of the greatest blues acts working for Chess Records at the time! Many of the numbers here are heavy on Walter's classic harmonica style, but they also feature plenty of rough-edged vocals with a nicely soulful approach. Instrumentation is mostly small combo – with Otis Spann on piano, Freddie Robinson and Leonard Caston on guitars, and Willie Dixon on bass – among a variety of other players on the different sessions. Titles include "Hate To See You Go", "Key To The Highway", "Blue & Lonesome", "I Had My Fun", "I Got To Find My Baby", "Nobody But You", "Take Me Back", and "Roller Coaster".  © 1996-2021, Dusty Groove, Inc.
(70s orange label pressing. Cover has a cutout notch and light wear.)

Blues Consolidated (aka Double Feature)
Duke/MCA, Early 60s. Near Mint-
LP...$11.99
Cool LP that brings together Duke singles by Bobby Blue Bland and Junior Parker, in a "double feature" set that devotes a side apiece to material by each of them. The sound is hard bluesy soul, with tracks like "Next Time You See Me", "Wondering", "It's My Life, ... LP, Vinyl record album

Housefire
Razor, 1988. Near Mint-
LP...$14.99
Recorded in Chicago, and features Byther Smith on vocals and guitar – with Lafayette Leake on keyboards, and both Mike Baietto and Leon Skibinski on rhythm guitar! LP, Vinyl record album