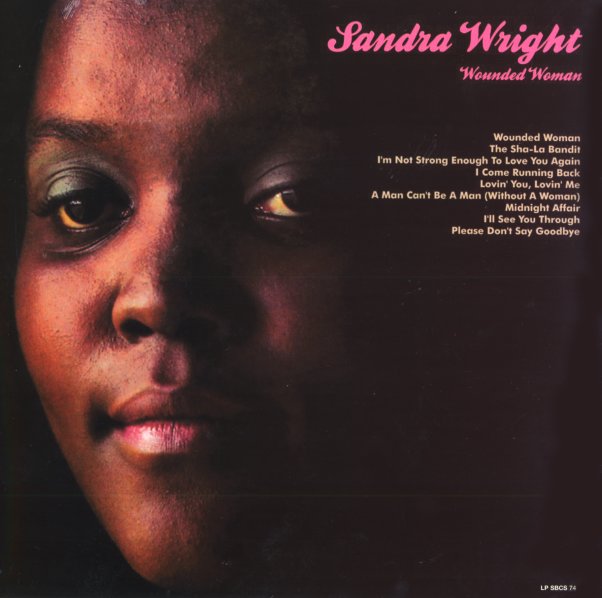 A lost southern soul album from the 70s – recorded down at Muscle Shoals by singer Sandra Wright, and originally intended for release on Stax Records – but never issued at the time! Sandra's a great singer – deep soul, but with a touch of class, too – and the approach here shows that maturing Muscle Shoals sound, recorded at the Broadway Studio by David Johnson – at a level that's a bit in the Ann Sexton side of the spectrum – a sparkling, sophisticated feel that almost reminds us of the best female soul coming from Detroit or Chicago at the time, but with a slightly deeper range. Stax issued a few singles, but never issued the full album – which makes this one even more of a treasure for collectors of that time! Titles include "Wounded Woman", "The Sha-La Bandit", "Midnight Affair", "I Come Running Back", "I'm Not Strong Enough To Love You Again", "Please Don't Say Goodbye", and "A Man Can't Be A Man".  © 1996-2020, Dusty Groove, Inc.