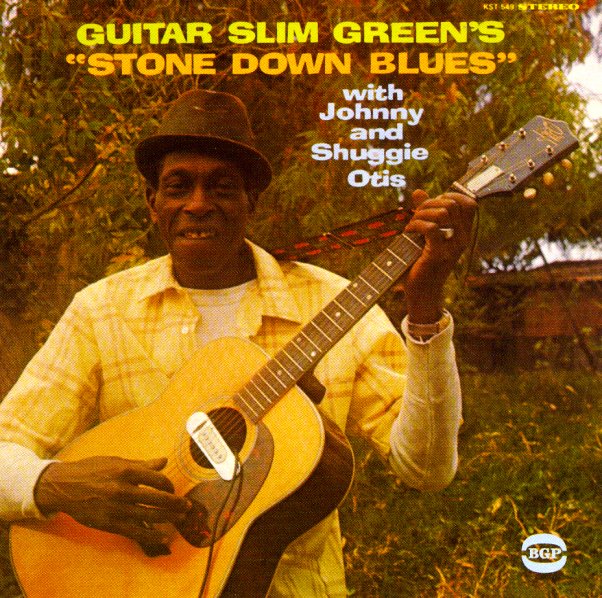 Stone Down Blues (with bonus tracks)

A blues album, but one with a difference – thanks to some tremendous help from the legendary Johnny Otis and his young son Shuggie! Despite the fact that the leader is billed as Guitar Slim Green, Shuggie actually plays some lead guitar on the record too – adding in some cool, complicated solos that point towards his genius to come as a solo act – and which also get some nicely romping rhythms from Johnny on drums! The Otis family was definitely bringing a lot of funk into their sound at the time, which they share plenty with Slim here – helping to make the record way more than just another late 60s rootsy blues session, and instead a great west coast criss-crossing of modes. Titles include "Shake Em Up", "My Little Angel Child", "5th Street Alley Boogie", "Old Folks Blues", "This War Ain't Right", and "Big Fine Thing". Also features two bonus tracks, both unissued – "My Marie" and "Rock The Nation".  © 1996-2021, Dusty Groove, Inc.