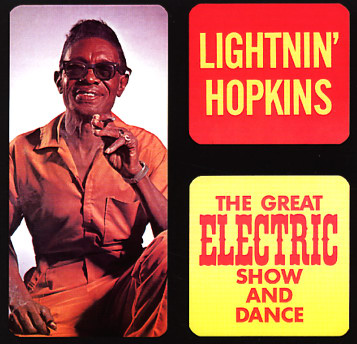 Classic blues from Lightnin Hopkins – a set that's far rootsier than you might expect from the "electric show" in the title! Hopkins plays mostly acoustic guitar here – and sings with very spare backing overall – just a bit of keyboards, bass, and drums, plus some harmonica too – although most numbers really have Lightning's vocals and guitar out front in the mix. Titles include "Breakfast Time", "Lovin Arms", "Mr Charlie (parts 1 & 2)", "Ride In Your New Automobile", and "You're Too Fast".  © 1996-2022, Dusty Groove, Inc.