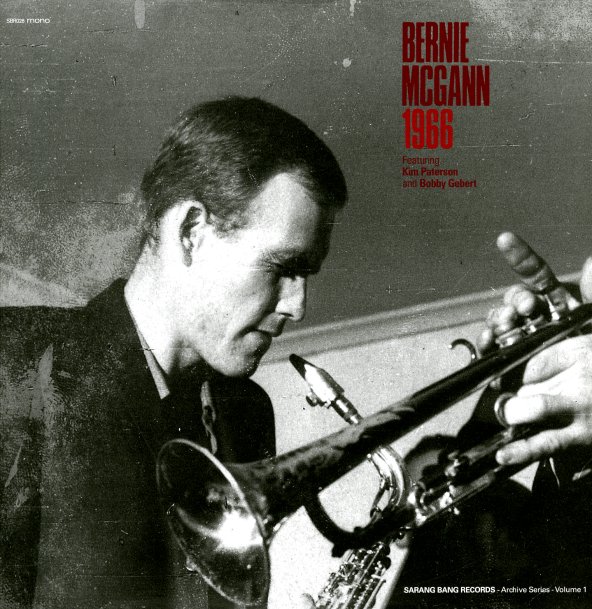 A beautiful set from the Australian jazz underground of the 60s – two never-heard live recordings by the group of altoist Bernie McGann – a player who was one of the strongest modernists working down under at the time! Bernie's got this open, soaring tone on his horn that's really wonderful – as sharp-edged as Ornette Coleman or Joe Harriott, but much more spiritual overall – set here to mostly modal rhythms, and served up with stunning trumpet work from Kim Paterson – another overlooked player from the time! Side one features a live recording from Sydney in 1966 – all original tracks, all long and very open – titled "Lazy Days", "Chuggin", and "Sky". And side two features another 1966 performance, but without piano, in a way that's even more open and freewheeling – with the trumpet and alto really taking off on a 13 minute version of Ornette Coleman's "When Will The Blues Leave" and a 9 minute take on "Rhythm A Ning".  © 1996-2022, Dusty Groove, Inc.
(Great pressing – heavy vinyl and cover, and with a bonus insert of notes too!)