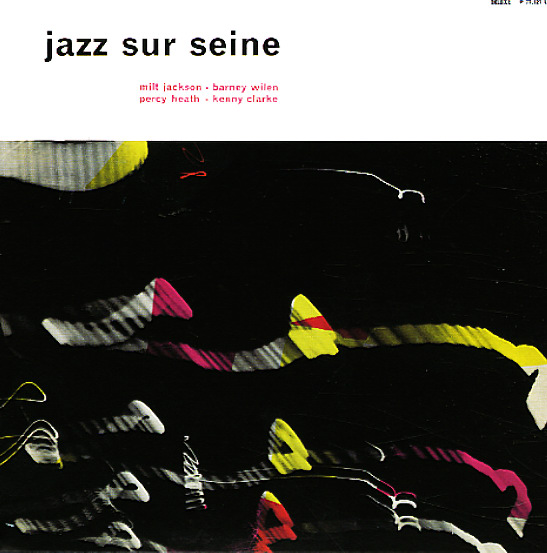 A fantastic early recording from the great French tenor saxophonist Barney Wilen – best known as an artist who recorded famously in the soundtrack world of the French new wave, and with Art Blakey – but who's even more striking here on a rare small combo date from the 50s! The session's a monster – cut with rhythmic backing by Milt Jackson on piano (!?), Percy Heath on bass, and Kenny Clarke on drums – and two cuts feature additional percussion by Gana M'Bow, which gives the set a wonderful kick, and an unusual sound for the period – as Gana plays toumba, at a level that forecasts some of Wilen's later experiments crossing jazz with elements of African music. The quality of the set is wonderful – hardbop, but with lots of new ideas going on – on titles that include "Nuages", "Swing 39", "Epistrophy", "Minor Swing", "Swingin Parisian Rhythm", "J'Ai Ta Main", "La Route Enchantee", and "Menilmontant".  © 1996-2022, Dusty Groove, Inc.
(Limited edition! Beautiful pressing – 180 gram vinyl, pressed at Optimal, in a flipback cover, with insert!)