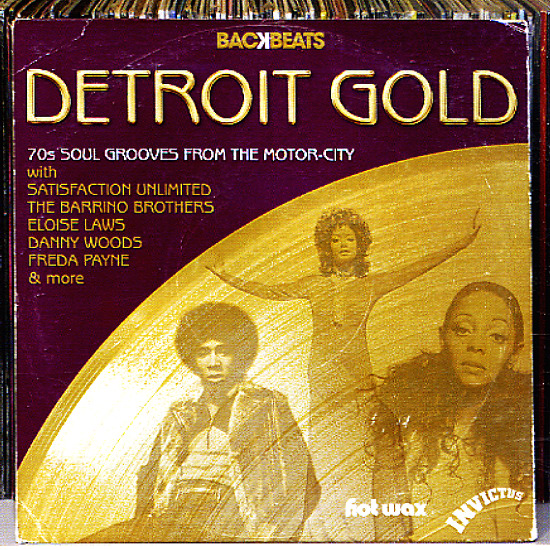 The title definitely gets it right – as the set's filled with post-Motown gems from Detroit – a wealth of wonderful sounds from the Hot Wax/Invictus labels – almost all of it produced by the Holland-Dozier-Holland team! The music here represents the next evolution of Detroit soul in the years after the initial wave of Motown – music that still carries a lot of the spirit of before, and some of the style (given that HDH were working for the company) – but which also pushes things forward with a prouder, more righteous sound as well! The CD features a heady 23 tracks in all – with titles that include "Trapped In A Love" by Barrino Brothers, "Something New About You" by Silent Majority, "Let's Change The Subject" by Satisfaction Unlimited, "Tighten Him Up" by Eloise Laws, "Nothing Sweeter Than Love" by 100 Proof, "Only Time Will Tell" by General Johnson, "Deeper & Deeper" by Freda Payne, "Just As Long" by The 8th Day, "You've Made Me So Very Happy" by Honey Cone, "Two Can Be As Lonely As One" by Danny Woods, and "Bright City Lights" by Satisfaction Unlimited.  © 1996-2022, Dusty Groove, Inc.
(Out of print.)