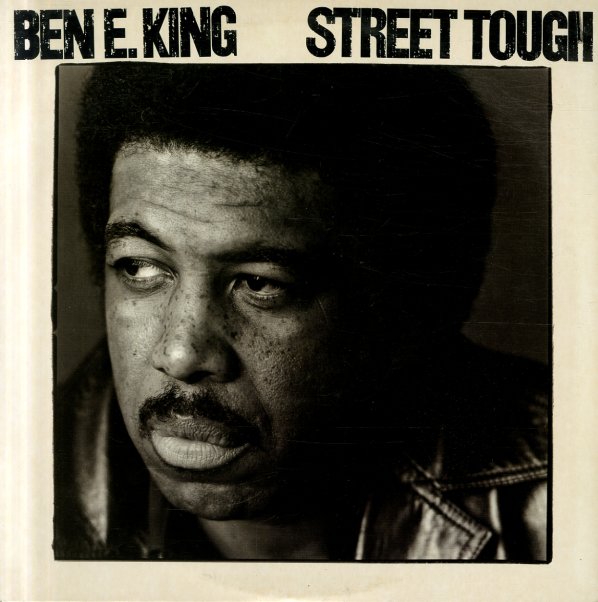 An overlooked gem from the later years of Ben E King – a sweet little set that shows that the singer was every bit as well suited to 70s funk as he was to the uptown soul of his roots! Ben's sweet voice soars wonderfully over bass-heavy grooves that draw on club and funk, but which also have a deeper, more carefully-constructed approach – so that the album isn't just another disco effort by an older funk singer. Instead, King really rises to the challenge of the setting – and shines as strongly here as on his classic album with Average White Band, or his better-known Supernatural Thing record. Wonderful all the way through – and more proof that Ben E King is one of the great under-acknowledged geniuses of his generation – one of the few who really kept evolving into and past the 70s. Titles include "Staying Power", "Street Tough", "Made For Each Other", "Souvenirs Of Love", "Why Is The Question", and "Something To Be Loved".  © 1996-2022, Dusty Groove, Inc.
(Cover has light wear, a tracklist sticker and a promo stamp.)

Rough Edges
Maxwell, Early 70s. Very Good+
LP...$11.99
Ben's got the title right on this one, as the album's got a lot more rough edges than some of his Atlantic work – and moves from Ben's classic uptown style into a mode that's more righteous and rootsy overall! King's vocals are as great as ever – perhaps more so, as they seem to be ... LP, Vinyl record album

Seven Letters
Atco, 1964. Very Good+
LP...$8.99
Sophisticated soul from the great Ben E King – the kind of record that few other soul artists could touch at the time, and which shows the ever-growing strength of his voice as a solo act! The approach here is similar to the style King first forged with The Drifters – an uptown soul ... LP, Vinyl record album