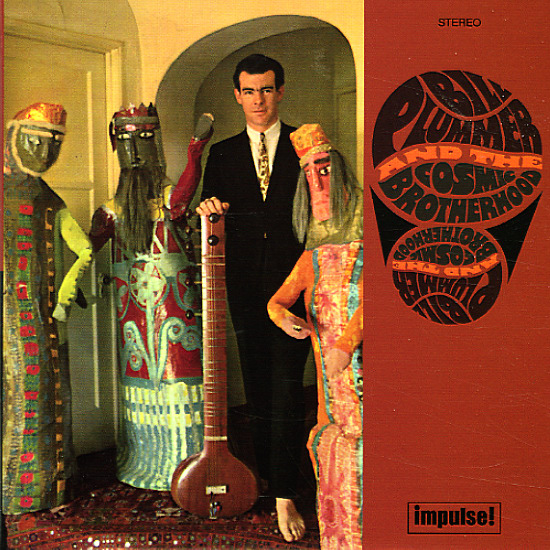 Bill Plummer & The Cosmic Brotherhood
Impulse
Impulse (label)
Get On Down
Get On Down (label)
Jazz (CD, LP)
Now Sound (CD, LP)

Incredibly great – and one of the best of the late 60s trippy jazz albums on Impulse! Bill Plummer plays electric sitar with the "Cosmic Brotherood", a group that includes Tom Scott on saxes and electronics, Carol Kaye on Fender bass, Milt Holland on tabla, and Mike Craden on a heck of a lot of weird percussion. The tunes are groovy, "eastern" sounding, and have a modal jazzy approach that's similar to some of Scott's work, that of Chico Hamilton, Gabor Szabo, or some of the other groundbreaking, genre-crossing Impulse artists. Includes the totally great "Journey To The East", which has this mad trippy recitation – plus the tracks "Arc 294", "Lady Friend", "Antares", and "Song Plum".  © 1996-2021, Dusty Groove, Inc.
(Out of print. Includes obi!)