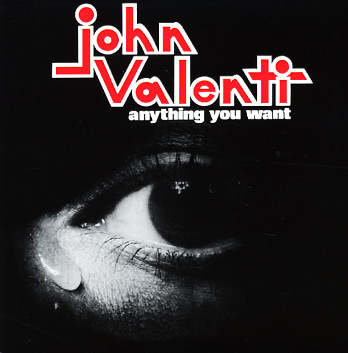 A great bit of indie soul from the mid 70s – and a record that's as wonderful as it is obscure! We don't know much about John, but he's got a spacious, soaring style of soul that's clearly influenced by Stevie Wonder – and which takes the sound into a fuller, richer groove – but which still has a lot of Stevie's greatness in the mix. The tunes are catchy, positive, and have some nice jazzy Wonder-ish changes – and although Valenti clearly never made it into the big leagues as a 70s soul star, the record's still a pretty tasty little set in the right moments. Titles include "Anything You Want", "Why Don't We Fall In Love", "Save Me", "Higher & Higher", "Was It Something I Said", "I Wrote This Song For You", "Morning Song", "I Love Her Too", and "That's The Way Life Goes".  © 1996-2021, Dusty Groove, Inc.