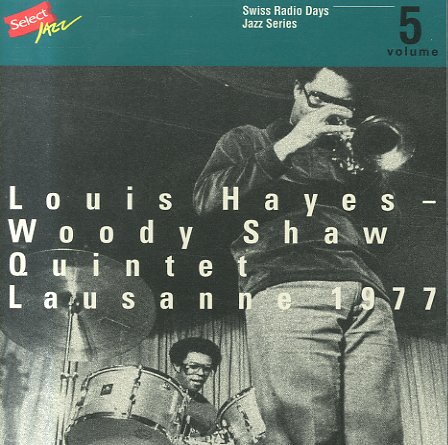 A fantastic performance from this legendary pairing – Woody Shaw on trumpet, Louis Hayes on drums – and Ronnie Matthews on piano, Stafford James on bass, and Rene McLean on tenor, soprano sax, and flute!  © 1996-2021, Dusty Groove, Inc.
(Out of print.)

Instant Called Now
TCB (Switzerland), 2014. Used
CD...$6.99
A sextet date from pianist Luciano Fabris with Steve Grossman on tenor and Tom Kirkpatrick on trumpet. Tracks are a mix of standards and originals by Fabris. CD

Swiss Radio Days Vol 21 – Sal Nistico & Tony Scott
TCB (Switzerland), 1977. Used
CD...$6.99
Rare Swiss performances from Tony Scott and Sal Nistico – both American players who reached some of their greatest heights on the European scene of the 70s! The first half of the CD features Sal Nistico sounding really great on a trio of long, open-ended tracks – blowing tenor ... CD