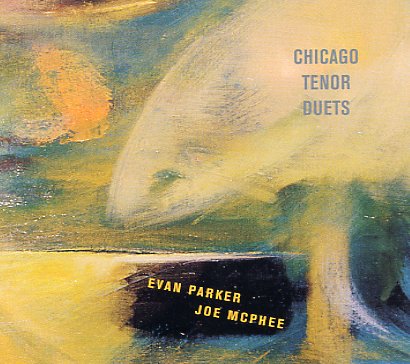 Two legendary tenorists, coming together here in a record that's one of the most striking from both players at the time – a real return to the spare space of some of Joe McPhee's earliest albums, and some of the sharper edges that Evan Parker wasn't always giving us in the 90s! The setting is as basic as the title, but the sound is amazing – two giants, freely improvising in open space – making some amazing textures and tones together, but really shifting in mood from track to track – at a level that's completely spellbinding all the way through – a record that bristles with the kind of energy you'd expect from an older FMP session. An instant avant classic – with a total of 11 tracks in all!  © 1996-2021, Dusty Groove, Inc.