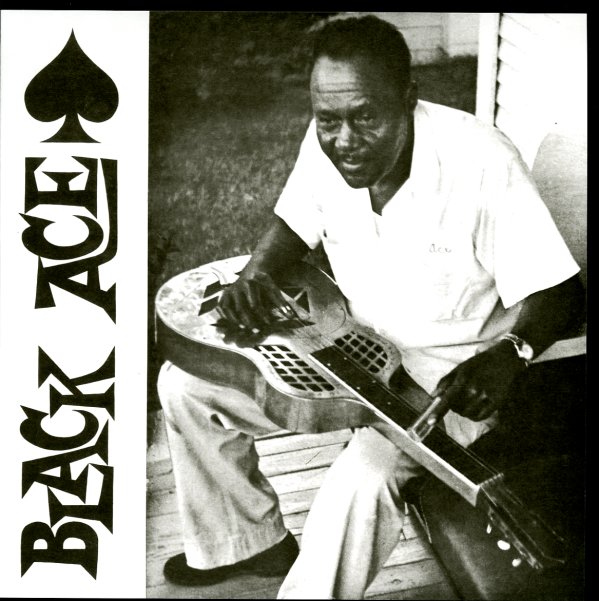 One of the earliest albums on Arhoolie Records – an amazing document of steel guitar bluesman Black Ace! Ace plays just like he sits on the cover – really leaning into the instrument in ways that bring out all these cool, deep inflections – completely hypnotizing on their own, with almost an unworldly feel at points – and accompanied by vocals on most tracks. Titles include "Drink On Little Girl", "Bad Times Stomp", "Farther Along", "Evil Woman", "Fore Day Creep", "Little Augie", and "Golden Slipper". CD also features a stunning 11 bonus tracks – including "Ace's Guitar Breakdown", "Beer Drinking Woman", "Hitch Hiking Woman", "Lowing Heifer", "Christmas Time Blues", and "Whiskey & Women".  © 1996-2021, Dusty Groove, Inc.