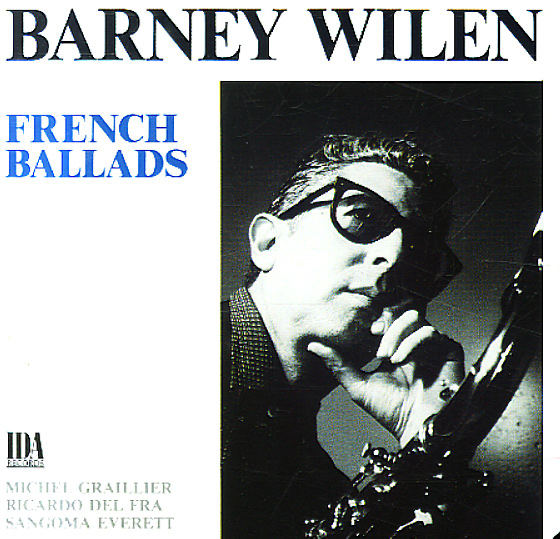 Pure magic from saxophonist Barney Wilen – captured here at a point when his powers were really back in full force, and when he seemed to be at his most soulful when handling a gentle, easygoing sort of tune! The ballads in the title are definitely out in full force – served up in a mixture of famous French melodies, past and present – so that older postwar melodies are mixed with more contemporary moments from Michel Legrand – with a lyrical vibe that's really emphasized by the superb work on piano for the set by Michel Grallier! The rest of the group is great, too – and players include Sangoma Everett on drums, and Riccardo Del Fra on bass – the last of whom you might know from some fantastic albums with Chet Baker in later years. Wilen blows tenor and a bit of soprano – and titles include "L'Ame Des Poets", "Une Ete 42", "My Way", "Once Upon A Time", "Sous Le Ciel De Paris", "Syracuse", and "What Are You Doing The Rest Of Your Life".  © 1996-2022, Dusty Groove, Inc.
(Out of print.)