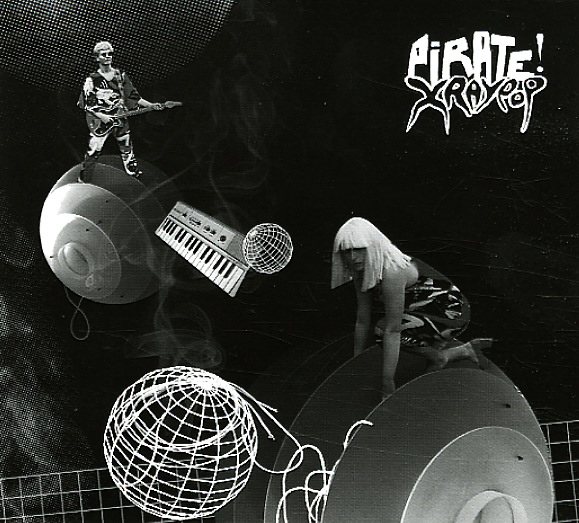 Dark 80s electronics from X Ray Pop – a record that has all the freaky, fuzzy touches of some of the best work coming out of the North of England in the late 70s – but was recorded a few years later, and originally only issued as a limited edition cassette tape! That format is the only reason the record never got wider acclaim at the time – as it's a corker, and would easily have become one of the best-remembered electro-trash sets of the time – punky in attitude, but electro in presentation – and topped with some surprisingly sweet French language vocals from the lovely Zouka Dzaza. Doc Pilot handles all the keyboards and beats – and titles include "Chapeau Volant", "Bobby Bonbek", "Nana Electronique", "Nous Sommes", "Gogol Le Mongol", "Funky Cat", and "Cobaye".  © 1996-2021, Dusty Groove, Inc.

Tape Recorder & Synthesiser Ensemble
Finders Keepers (UK), Early 80s. New Copy
CD...$6.99 16.99
Never-heard sounds from this amazing UK duo – an early 80s outfit who went by the name of Tape Recorder & Synthesizer Ensemble – a very good choice, given the instrumentation on the set! Most of the music here is relatively spare, but surprisingly tuneful – kind of in a space ... CD