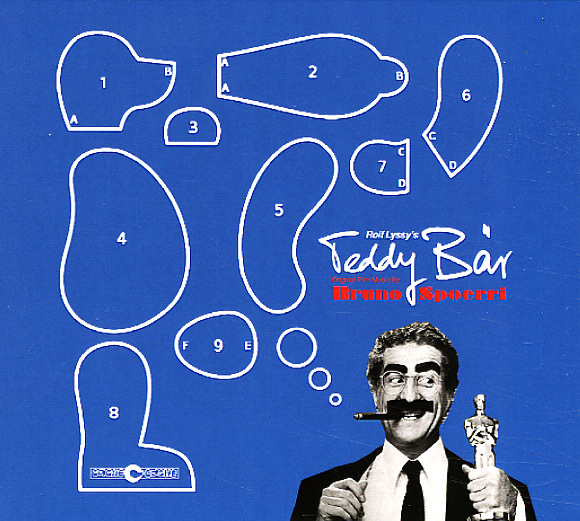 Two rare soundtracks from the quirky Bruno Spoerri – both of them a very cool blend of jazzy reeds and lots of electric touches! Teddy Bear is from the early 80s, and is one of the later records we've heard from Spoerri – a set that definitely bears the pedigree of its time, through cool use of Lyricon, Prophet, and Emulator keyboards! Bruno often blows his sax into the keys, then processes the reedlines in a very cool way – with a style that's more soulful than usual keyboard styles of the time, given the acoustic roots of the sounds – yet which still has a great 80s vibe overall. Things are almost in the offbeat style of some of the instrumentals from the German AtaTak scene of the time – and titles include "Too Much Smell", "The Silliest Song", "Reanimation Of A Filmmaker", "Small Talk", "The Arrest Of Groucho", and "Baby Baby". Lilith is from a few years before, and has a more conventional 70s approach – great electric piano lines over tight rhythms, with Bruno handling both tenor and Lyricon – on tunes that mix sound library funk with some of the weirder, more offbeat sounds you might know from other Spoerri soundtracks. Titles include "Singing In The Dark", "Winding Down", "The Dance", "Prepare For The Show", "Train", "Going To Work", and "Fanfare".  © 1996-2022, Dusty Groove, Inc.

Jingle Workshop – Midcentury Musical Miniatures 1951 to 1965
Modern Harmonic, 1950s/Early 60s. New Copy 2CD
CD...$24.99 25.99
A really cool side of work from the enigmatic Raymond Scott – the legendary midcentury figure who did a wealth of creative work in jazz, soundtrack, and electronic music fields! Turns out, Scott also recorded a heck of a lot of commercials in his studio – all in ways that embrace all ... CD