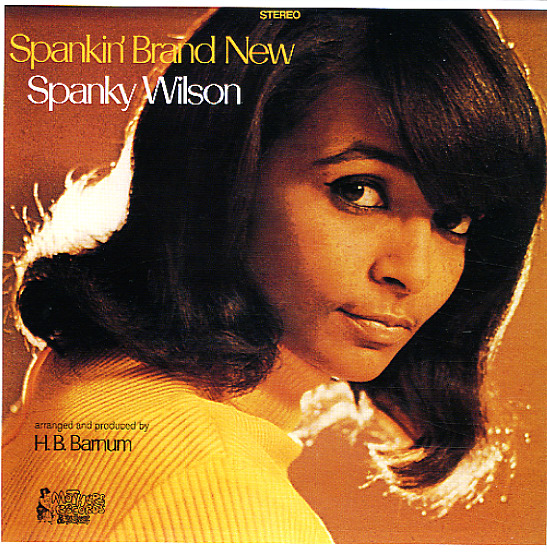 Also available
Spanky Wilson — Spankin' Brand New ... LP 29.99
Heavy soul from the great Spanky Wilson – an album that explodes with energy right from the start – in a groove that definitely lives up to the title! Spanky's got a great mix of funk and class on this set – a punch in the rhythms at points, yet also a poise in the way she delivers the lyrics – a blend that's a bit like Marlena Shaw in her earlier years – and set to some killer arrangements from the great HB Barnum! Barnum gives the record all the cool punch of his great 60s work with Lou Rawls – and nearly all the material was written by the obscure Howlett Smith – an excellent lost writer who had a real talent for coming up with cool little soul songs that rise above the usual bag of his generation. This material works great for Spanky, and together, the pair, along with Barnum, cook up a unique lost soul treat! Titles include "Apartment 101", "On The Morning After", "The Other Girl", "You're Gonna Miss Me", "Love Has Me By The Hand", and "Mighty Great Feeling".  © 1996-2023, Dusty Groove, Inc.