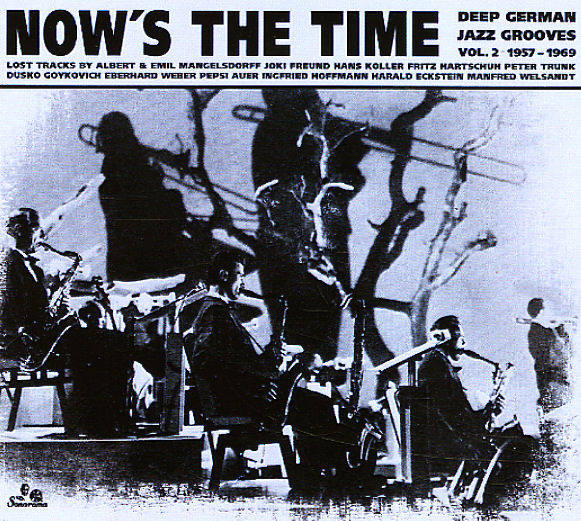 German jazz gems from the 60s – an amazing collection of rare work from the Rhineland scene – non of which we've ever heard before! The package is even sharper than the first volume in the series – and features some of the best German jazzmen of the time, working in styles that draw heavily from hardbop and modal jazz, but which are already beginning to take off strongly in the unique modes that would flourish strongly in the MPS/Saba years to come! Things are soulful, but swinging – modern, but pretty darn groovy too – a wonderful balance that makes these years a perfect time in German jazz – a moment when the scene was really finding its own groove, yet not getting too full of themselves either. Titles include "Many's Waltz" by Manfred Welsandt Trio, "Beat Bop" by Ingfried Hoffmann Big Band, "Nica's Dream" by Albert Mangelsdorff, "St Tropez Waltz" by Modern Jazz Crew Stuttgart, "Minor Conversation" by Hans Koller Septett, "Summertime" by Fritz Harschuh, "That Double Thing" by Harald Eckstein Sextett, and "Din A Bop" by Albert Mangelsdorff Jazztett.  © 1996-2022, Dusty Groove, Inc.

Schoolhouse Funk – Stage Bands, Lab Bands, & A Toast To The Boogie!
Cali Tex, 1970s. New Copy
CD...$5.99 17.98
Pretty darn cool stuff – and some of the rarest funky numbers you'll ever find! This great little set was put together by funky collector Josh Davis – and it's a totally fresh batch of tracks that digs through rare recordings that were cut by obscure groups working in colleges or high ... CD