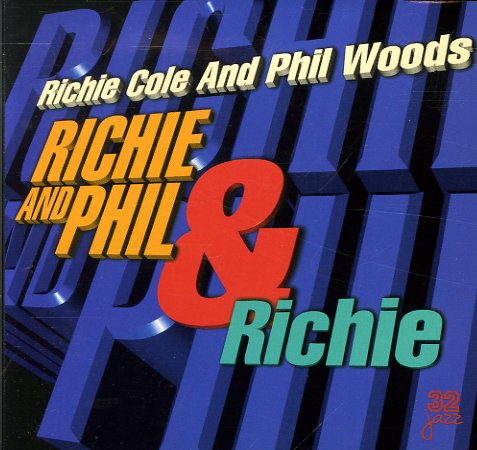 Richie & Phil & Richie (Side By Side – with bonus tracks)

A live recording with Walter Booker on Bass, Jimmy Cobb on Drums, Eddie "Lockjaw" Davis on Tenor Sax, and John Hicks on Piano – plus additional material from Richie Cole's other Muse albums.  © 1996-2022, Dusty Groove, Inc.
(Out of print. Mark through barcode.)

Munchin'
Muse, 1993. Used
CD...$6.99
Underground grooving from trumpeter Wallace Roney – one of the excellent albums he recorded for the Muse label in the 90s – a wonderfully well-rounded set that's a tremendous tribute to his tone! The group here is every bit as great as Wallace's work in the frontline – Ravi ... CD

Sources Of Inspiration (with bonus tracks)
Muse, 1990. Used
CD...$9.99
An inspiring set from pianist Donald Brown– working here in a group that features some especially nice work from Gary Bartz and Eddie Henderson! Bartz plays soprano and alto sax, Henderson trumpet and flugelhorn – and both players fill the album with soulful colors and well-spun solos ... CD

Naima – Live At Boomer's (Night At Boomers Vol 1 & 2) (32 Jazz pressing)
Savoy/32 Jazz, 1973. Used
CD...$8.99
A helluva great CD – one that brings together both volumes of the legendary Night At Boomers live dates on Muse Records from the 70s! The core material is a great little session of soul jazz – and very much in a classic mode, but with touches of the Strata East sound of the 70s. ... CD

Tune-Up/Constellation – Endgame Brilliance
Cobblestone/32 Jazz, 1972. Used
CD...$8.99
Early 70s magic from Sonny Stitt – two albums recorded in 1972 for the Cobblestone label! First up is Tune Up – a great one from Stitt's post-Prestige years, and a real back-to-basics effort that recalls the genius of his work on Roost! The format is straight and simple – Stitt's ... CD

Just In Case You Forgot How Bad He Really Was (32 Jazz pressing)
32 Jazz, 1981. Used
CD...$2.99
A smoking little bop set from Sonny Stitt – recorded live at the Keystone in 1981, as sort of a "summit meeting" of horns – one that features Richie Cole and John Handy in the frontline with Sonny! The rhythm section alone is enough to cook this one up nicely – with ... CD