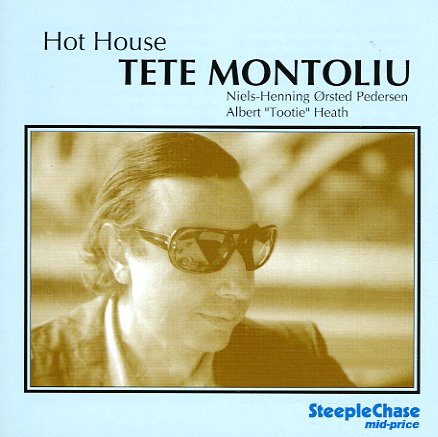 Two 70s albums back to back in one package – both great examples of the genius of Spanish pianist Tete Montoliu! Catalonian Fire is filled with the kind of quick-witted piano work we've really come to admire from Tete Montoliu – who really hits a new level of genius on his 70s recordings for the Steeplechase label! Montoliu has this amazing way of hitting hard, with a real edge – then laying back and just letting things flow – kind of a shift between left and right hand emphasis that really makes for some breathtaking runs on the keyboard – especially with backing here from Niels Henning Orsted Pedersen on bass and Albert Tootie Heath on drums. Tracks are nice and long, and titles include "Sweet Georgie Fame", "Blues For Perla", "Falling In Love With Love", and "Old Folks". The album Tete is bold, beautiful piano work from the mighty Tete Montoliu – working here at the height of his powers, in a killer trio with Niels Henning Orsted Pedersen on bass and Albert Tootie Heath on drums! The record soars right from the start – thanks to a sublime reading of "Giant Steps" that brings in all the sheets of sound that Coltrane intended for the tune, but also a freewheeling, highly punctuated groove that really sets fire to the piano! Other tunes are equally important jazz standards – like "Body & Soul", "Solar", and "Hot House" – all handled with Tete's amazing approach to the keys.  © 1996-2023, Dusty Groove, Inc.