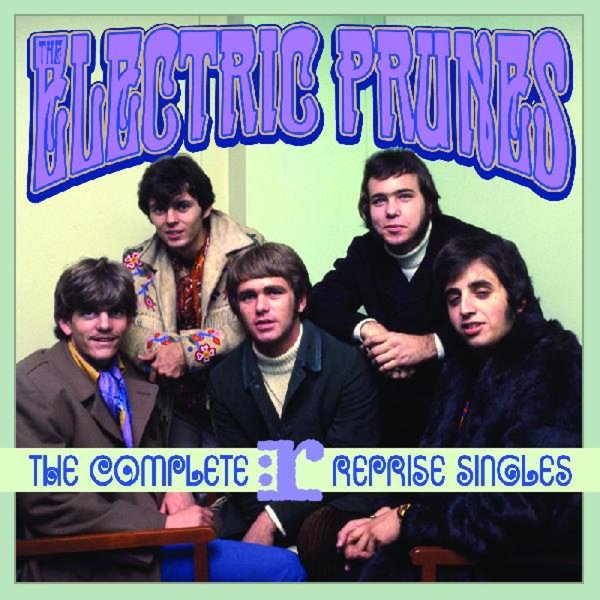 A comprehensive anthology of The Electric Prunes singles for Reprise – including work produced by David Axelrod, all in their original mono mixes – and a long overdue collection! We've been spinning and loving the Electric Prunes albums for so long, we're actually quite guilty of overlooking just how succinctly and sharply brilliant they are as a singles band! That alone makes this strong set on Real Gone worthwhile, but the tight, punchy mono mixes seal the deal! All of the great singles are here – from their early garage-psych gems to the trippier, though still tightly-grooving tunes towards the end of the decade – plus a groovy radio spot for the Vox Wah Wah Pedal! Includes "Ain't It Hard", "I Had Too Much To Dream (Last Night)", "Luvin'", "Dr. Do-Good", "The Great Banana Hoax", "Credos", "Shadow", "Violent Rose", "Sell", "Love Grows", "The Adoration", "Help Us (Father, Our King)", "Finders Keepers, Losers Weepers", "Sanctus", ""Flowing Smoothly" and more. 24 tracks in all.  © 1996-2021, Dusty Groove, Inc.

Dan Lacksman
RKM/Real Gone, 1973. New Copy
CD...$7.99 13.99
A really cool record from the European scene of the early 70s – a set that features rockish vocals and guitar, but also a heck of a lot of moog and other keyboards too – all of which makes for an album that's years ahead of its time! Sure, there had been plenty of moog pop instrumental ... CD