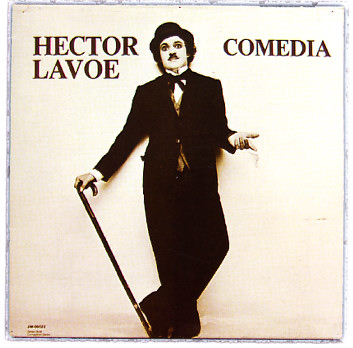 A hokey cover but a really classic album from Hector Lavoe – one of his biggest records of the 70s, and a great mix of modes that showcases the full range of his talents! The standout number here is the 10 minute groover "El Cantate" – a driving salsa tune penned by Ruben Blades, and performed here with some great arrangements by Willie Colon, who also produced the whole record. Other tracks mix together the same sort of grooves from "El Cantate" with some mellower more introspective moments – tunes that really have Lavoe shining as one of the most mature and compelling singers in Latin music at the time. Titles include "Bandolera", "Porque Te Conoci", "Songoroscosongo", "La Verdad", and "El Cantante".  © 1996-2021, Dusty Groove, Inc.
(Out of print.)