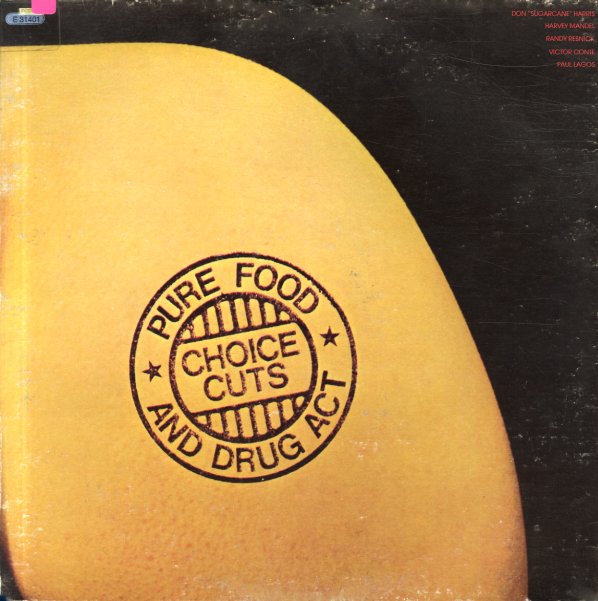 Mighty choice work from Pure Food & Drug Act – a studio supergroup with a heavy blues rock approach – thanks to heavy guitar from the great Harvey Mandel, and vocals and electric violin from Don Sugarcane Harris! The rest of the lineup is nice too – a quintet with Randy Resnick on rhythm guitar, Victor Conte on bass, and Paul Lagos on drums – but the real stars of the show are clearly Mandel and Harris, especially the former – as his presence here has a searing intensity that maybe even beats some of his own full albums of the time. Lots of long tracks – and titles include "What Goes Around Comes Around", "Do It Yourself", "A Little Soul Food", "Where's My Sunshine", "My Soul's On Fire", and "Eleanor Rigby".  © 1996-2020, Dusty Groove, Inc.
(Yellow label pressing. Cover has ring and edge wear.)