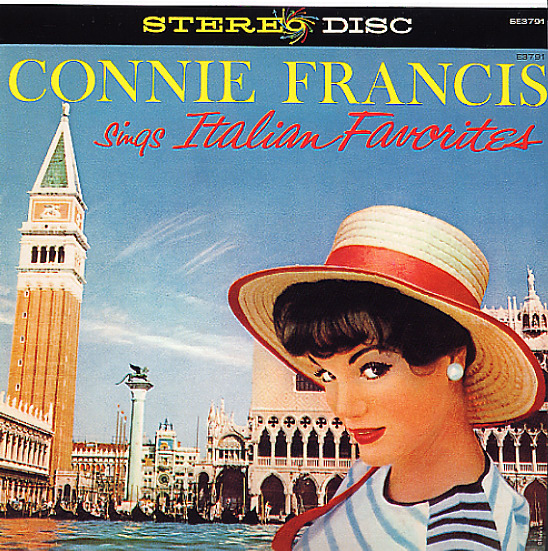 Connie Francis dips back into her New Jersey roots, and serves up a set of tunes in Italian – all nicely restyled with some of those dramatic Connie Francis pop arrangements, in a mode that works equally well on both the English and Italian lyrics of the tunes! The style is one that was common at the time – especially for male singers – but Connie's album was probably one of the biggest of the genre, and also stood out as one the most unified full records she cut at the time. Titles include "Anema E Core", "You Alone", "Volare", "There's No Tomorrow", "Santa Lucia", "Come Back To Sorrento", and "Non Dimenticar".  © 1996-2021, Dusty Groove, Inc.
(Stereo pressing. Shrinkwrap has a small hole in front. Cover has a cutout hole.)