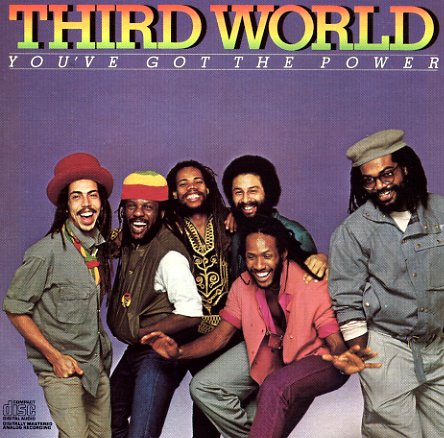 After leaving Island and moving onto Columbia, Third World got a bit more slick, and continued to work a reggae/pop/soul groove. This record's not a bad one, in fact, it's a pretty respectable crossover effort. Stevie Wonder collaborated with the group on the 2 best tracks, "Try Jah Love" and "You're Playing Us Too Close", the LP also includes "Jah, Jah Children Moving Up", "You've Got The Power (To Make A Change)" and "Low Key Jammin".  © 1996-2021, Dusty Groove, Inc.
(Includes the printed inner sleeve.)