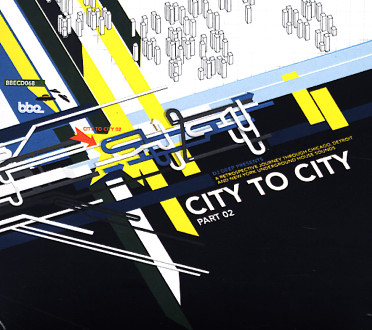 DJ Deep does it again – and takes us on a magical journey across decades and cities – bringing back some lost house music gems from Chicago, Detroit, and New York – most of which are from the late 80s and early 90s independent years of the scene! There's a nicely simple sound to most of the tracks here – a style that takes house music back to the core elements of its roots without getting trapped in cliche or overplayed tracks – just simple beats, keys, and maybe a dash of vocals – plus usually a core element that develops as the track rolls on, changing slightly through the minimalist progression of the tune. 2CD set features a both mixed and unmixed disc – with titles that include "The Numbers" by Rodney Baker, "Bring U Up" by Romanthony, "Drum Drum" by Jovonn, "Let Your Body Talk" by Ace & The Sandman, "I'll Never Let You Go" by William S, "I'm So Deep" by Vincent Floyd, "Pump That Body (deep house mix)" by Mr Lee, "Motivation Song" by G Strings, "Whispers" by Ron Allen, "Rain Forest" by Lowkey, and "Feel The Fire/Urban Culture" by Naomi Danielle.  © 1996-2022, Dusty Groove, Inc.
(Out of print. One of the cd trays has a small hole that does not affect anything.)

Brazilian Beats Vol 3
Mr Bongo (UK), 2002. Used
CD...$6.99
Perhaps the greatest volume in this always-great series! Mr Bongo take another firm dip into their Brazilian bag – and come up with an excellent batch of dancefloor tracks, old and new alike, that sum up the best of funky Brazil! The track selection here is great – with less familiar ... CD