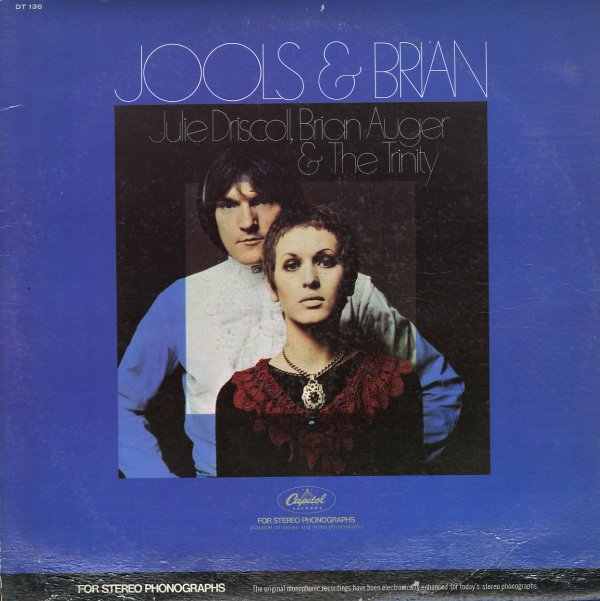 Great UK beat group grooves from the late 60's – featuring the amazing voice of Julie Driscoll and the hard Hammond organ sounds of Brian Auger! Auger's working here with his Trinity group – the small combo that had a firey Jimmy McGriff-like quality – as you'll hear on their cover of McGriff's own "Kiko" – plus other groovers like "I Know You", "Let's Do It Tonight", and "Fool Killer".  © 1996-2023, Dusty Groove, Inc.
(Rainbow label Duophonic pressing. Cover has a cutout hole, some ring and edge wear, light aging, and a bit of pen in back.)