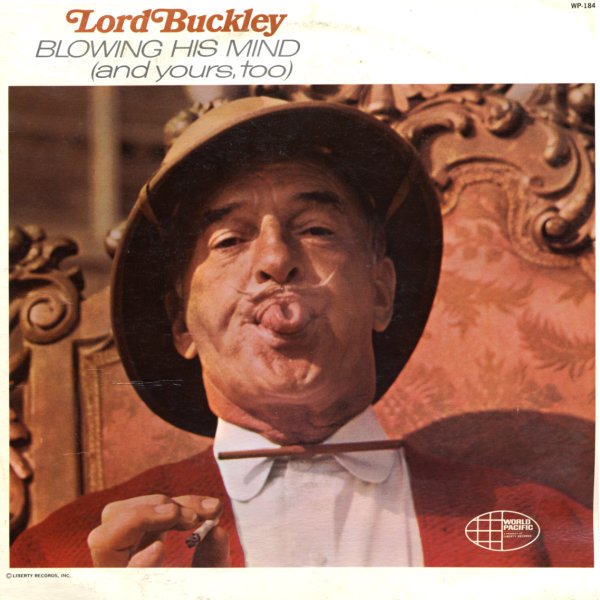 Blowing His Mind & Yours Too

Wild work from Lord Buckley – a really unusual figure on the west coast scene in the late 50s – kind of a beat comic, but one with a vibe that was all his own – and this way with language and odd spirit that was years ahead of the flower children! Not that Buck was any sort of hippie – but he was definitely hip, and had this jivey, jargony way of speaking that put him at the top of an era of groundbreaking stage talents like Lenny Bruce or Dick Gregory. This classic set features one side of live material, one studio – long bits that include "The Gasser", "Murder", "Subconsious Mind", "Fire Chief", and "Maharaja".  © 1996-2022, Dusty Groove, Inc.
(60s US pressing – Liberty/World Pacific. Cover has some light wear, but this is a very nice copy overall.)