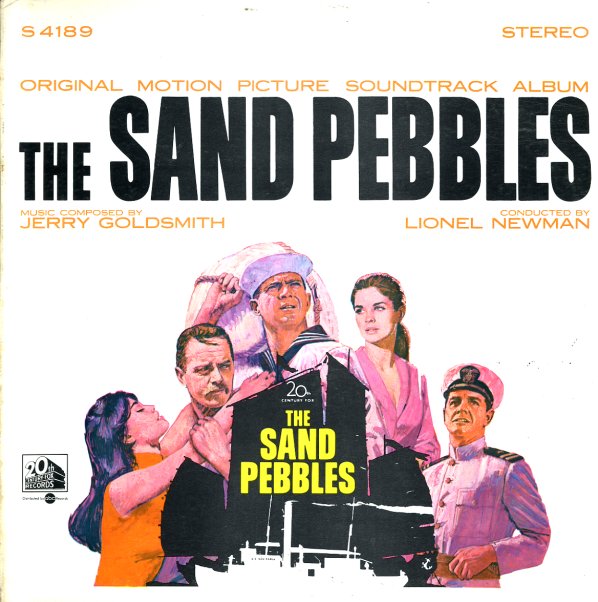 A really striking score from Jerry Goldsmith – penned with just the right sense of drama and tension for this mid 60s military thriller! Goldsmith's already working here with a full palette of colors – and Lionel Newman conducts the music with an added richness that seems to bring out all of his long experience on big budget epics, yet deliver the end results with the more subtle, compressed modes that make Goldsmith one of the more mature composers of the 60s. Horns shimmer with this great sense of restraint – almost painting colors in sound – and given the setting of the film, there's some slight exotic hints in a few instrumental passages as well.  © 1996-2021, Dusty Groove, Inc.
(Stereo pressing. Cover has light wear and aging, with a stain in front from sticker removal.)

Fathom
20th Century, 1967. Near Mint-
LP...$19.99
A sexy action film from the 60s – one that features the legendary Raquel Welch in the lead, and some very slinky grooves on the soundtrack to match! John Dankworth handled the score here, and he's mixing in some sultry soundtrack elements to his usual jazzy style – a combination that's ... LP, Vinyl record album