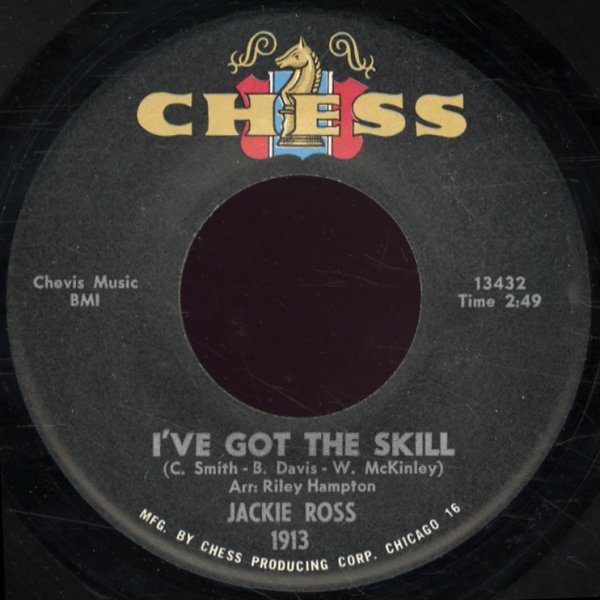 I've Got The Skill/Change Your Ways

One of Chicago's sweetest female singers – and always a treat! "I've Got The Skill" has a very catchy, almost skipping sort of groove – the kind that was big in Chicago, and which perfectly suits Jackie's jaunty style of singing. "Change Your Ways" is a bit more complicated, with some sweeping instrumentation crafted by Riley Hampton.  © 1996-2022, Dusty Groove, Inc.
(Black label pressing. Label has a drillhole.)