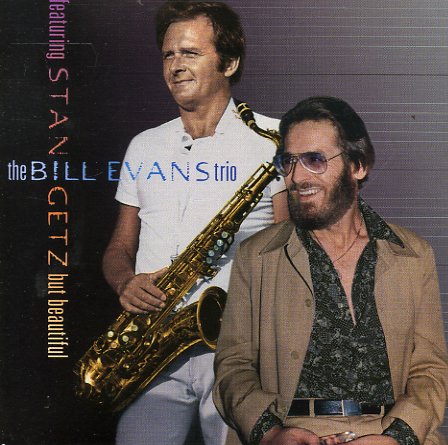 A great pairing – one who barely recorded together, but always made magic when they did! The vibe here is different than the Evans/Getz date on Verve in the mid 60s – partly because of the live setting, but maybe also because the group is Bill's – with Eddie Gomez on bass and Marty Morrell on drums!  © 1996-2022, Dusty Groove, Inc.

Second Milestone
Milestone, 2001. Used
CD...$5.99
Alexander's second outing for the Milestone label (hence the title), and a wonderful album of soulful tenor tracks that has him working in a quintet with Harold Mabern on piano and Jim Rotondi on trumpet. Mabern and Alexander have, by this time, forged quite a sympathetic relationship – and, ... CD

Mosaic – (Starting Time/A Story Tale)
Milestone, 1961. Used
CD...$19.99
"Starting Time" is a great early 60s session by Jordan – who at the time of the recording, was one of a number of firey young tenor players from Chicago – all of them hard-blowing, with a nice soulful bottom that opened up a bop sound to more moods and emotions – but ... CD

Inspiration
Milestone, 1994. Used
CD...$11.99
A wonderfully understated set from Eddie Henderson – one of those great little albums that really opens up the more we give it a listen – and a great reminder that Eddie's got so many gems nestled in his catalog, especially in later years like this! There's a mix of modes going on here ... CD

Drum Songs/Advance
Galaxy/Milestone, 1978. Used
CD...$18.99
Not as full on and bombastic as some of Philly Joe Jones heavy thunder recordings from the late 50s – but two nice albums recorded during one set of sessions for Galaxy Records at the end of the 70s! The quality of the material here is high – as Jones is working here with sidemen that ... CD