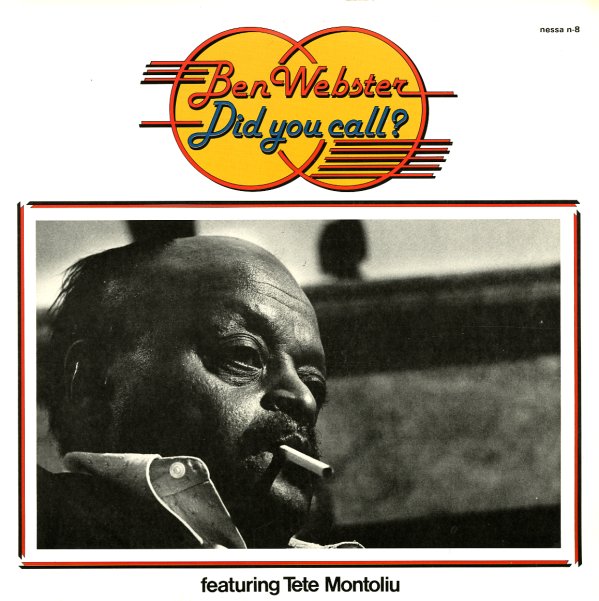 Excellent late 70s issue of a date from a few years earlier, of Ben playing with a pickup European rhythm section. The intimate setting and responsive younger players cast Webster's warm tenor in a great light, and his playing at this point was continuing to develop, with a nice burnished mellowness that never took off the gruff edginess that we love so much in his playing & tone. Half originals, and half standards, including "Barcelona Shout", "Don't Blame Me", "The Man I Love"and the title track.  © 1996-2021, Dusty Groove, Inc.
(Blue & white label pressing. Cover has split seams held with old tape, promo sticker, some pen, a cut corner, and some aging.)