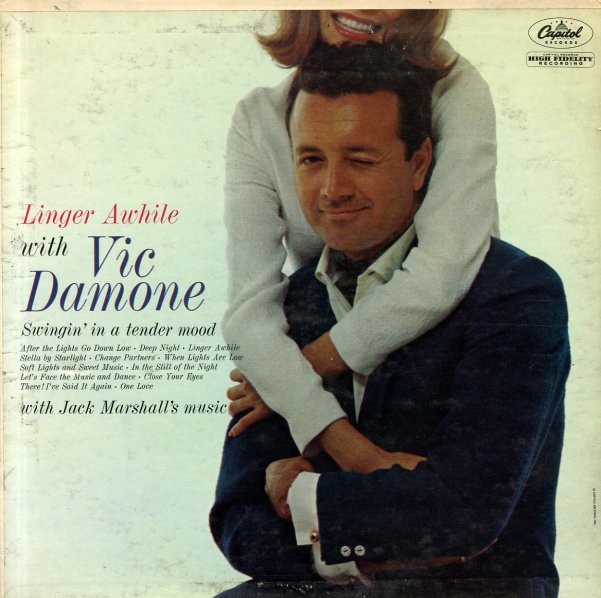 Pure crooning genius from Vic Damone – with fresh arrangements from Capitol maestro Jack Marshall! Marshall's work in the studio was often playful – sometimes a bit too much so, as on his own instrumental albums – but here he brings out a real boldness in Damone's voice, a quality that's strong and masculine, yet also not as emotionally overblown as Damone could sometimes be on weaker albums. The balance is a careful one, but handled beautifully here – in a way that has that rare mature and saloony quality that marks the best of 60s male vocal albums of this nature.  © 1996-2020, Dusty Groove, Inc.
(Rainbow label stereo pressing. Cover has a promo ink stamp on back.)

Lively Ones
Capitol (UK), Early 60s. Near Mint-
LP...$1.99
A gem of a set from Vic Damone – swinging backings by Billy May, with titles that include "The Most Beautiful Girl In The World", "Ruby", "Little Girl", "The Lively Ones", and "I Want A Little Girl". LP, Vinyl record album

Damone Type Of Thing
RCA, 1967. Sealed
LP...$6.99
A surprising bit of genius from Vic Damone – an album done in a mature, adult, easy-going style that we really love! The set's got echoes of 60s Sinatra and Tony Bennett – but also shares a lot with the newer sophistication that was being crafted by some of the hipper female singers of ... LP, Vinyl record album