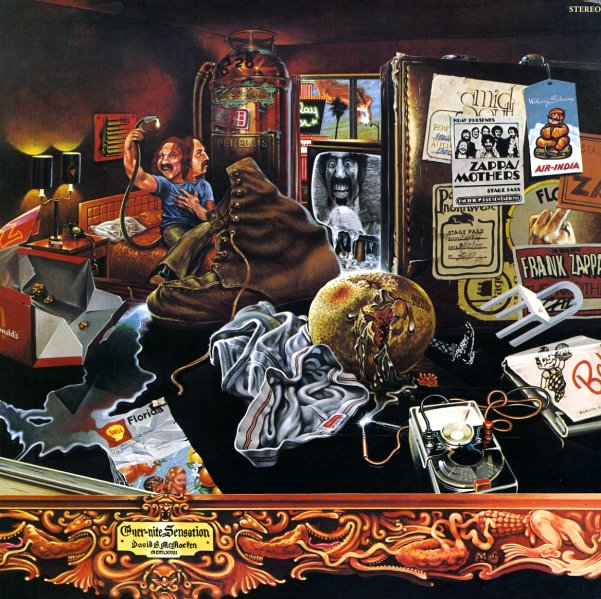 One of Frank Zappa's biggest-selling albums of the early 70s and it's also one of his best ever! Over-Nite Sensation finds Zappa's leftfield weirdness and sly social satire at play within adventurous, but accessible arrangements. It's got some early fusiony rock bits paired with heavy drums and muscular rock riffs – and it's a hell of a great sound! The songs themselves are sharp here, too. If forced to make a list of favorite Zappa songs, it'd certainly include "Camarillo Brillo", which kicks this record off – and other titles include "I'm The Slime", "Montana", "Dinah-Moe Humm", "Zomby Woof", and "Dirty Love". Features keyboards from George Duke and violin from Jean Luc Ponty – plus horns by Ian Underwood, Sal Marquez, Tom Fowler and Bruce Fowler – plus percussion by Ruth Underwood and amazing drums by Ralph Humphrey.  © 1996-2021, Dusty Groove, Inc.
(Includes the Warner/Reprise inner sleeve, with poly liner attached. Cover has minimal wear.)