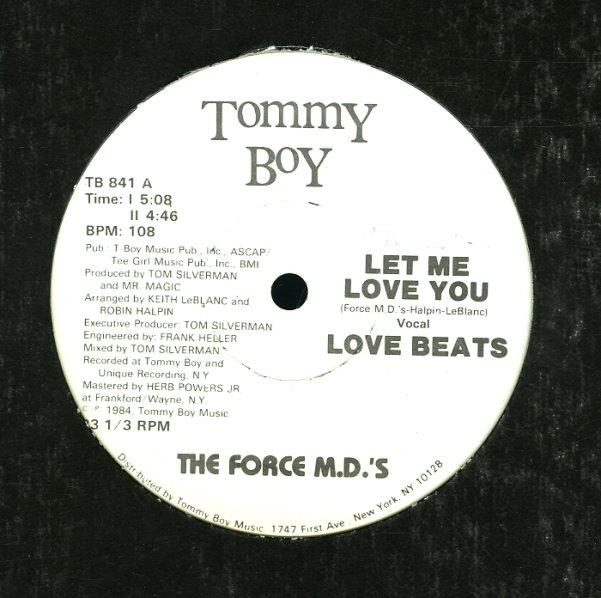 As usual, the Force MD's doing their retro vocal harmonizing with a just a little rhyming. Love Beat is just the voices over the beat, with no other music. Produced by Mr. Magic and arranged by Keith LeBlanc.  © 1996-2021, Dusty Groove, Inc.
(White label promo in a Tommy Boy sleeve. Label has pen on both sides.)