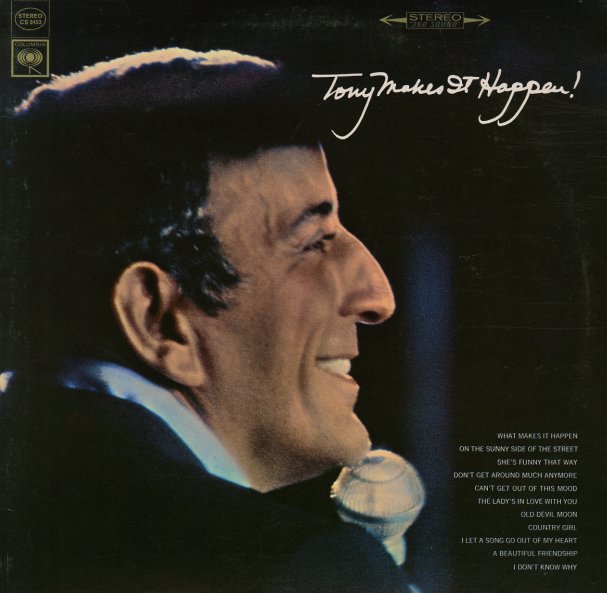 Genius work from Tony Bennett – a very jazzy album, with a group that features Joe Wilder and Joe Newman on trumpets, Urbie Green on trombone, Joe Soldo on flute, and orchestrations from Marion Evans – all of whom really bring out those unique qualities that set Bennett apart from so many other singers in his generation! Where a Vic Damone might have used his inherent richness to push things over the top, the maturing Tony is a master of restraint – still able to run the full gamut of his amazing range, but set up with these beautiful arrangements that bring some adult understanding to the tunes, in a beautifully subtle vibe. Titles include "What Makes It Happen", "I Don't Know Why", "Can't Get Out Of This Mood", "She's Funny That Way", "A Beautiful Friendship", and "Don't Get Around Much Anymore".  © 1996-2020, Dusty Groove, Inc.
(Mono 360 Sound pressing. Cover has a sticker.)

For Once In My Life
Columbia, 1967. Near Mint-
LP...$6.99
A record that has a Motown hit for its title, but the album's got a depth that marks Bennett as one of the most complex singers of his generation – way past the broad belter of ballads from the 50s, and an all-adult male vocalist whose sound was essential to the sophistication of the ... LP, Vinyl record album