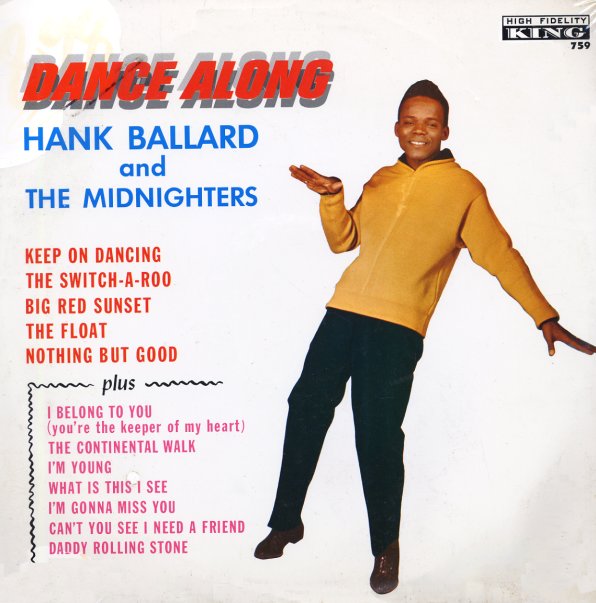 It's easy to dance along with grooves this great – the kind of searing, smoking early soul style that Hank Ballard and The Midnighters did better than anyone else! The set was issued around the time that Hank had helped set the twist scene on fire – and as a result, the package is nicely stuffed with upbeat numbers that mix equal parts R&B and soul – and really set the grooves on fire! Hank's vocals are superb, as always – as raw as James Brown, and maybe calling out at times with even more unbridled energy – on titles that include "The Float", "Keep On Dancing", "The Switch A Roo", "Nothing But Good", "The Continental Walk", "I'm Gonna Miss You", "Daddy Rolling Stone", "I'm Young", and "What's This I See".  © 1996-2020, Dusty Groove, Inc.
(80s pressing.)