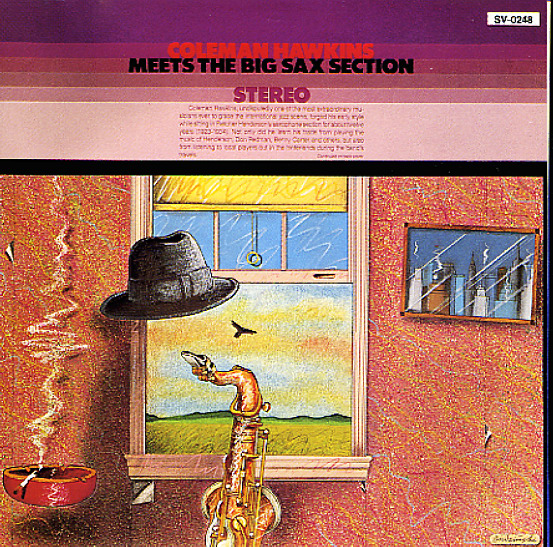 A sweet little 50s session from Hawk – recorded for the World Wide subsidary of Savoy, in a great style that has plenty of room for solo space! Tracks are long, and arranged by Billy Ver Plank – with a moody small combo mode that lets Hawkins get in plenty of those edgey bits in his solos, hidden underneath ostensibly sweeter playing. The rest of the group includes Frank Wess, Marshall Royal, and Frank Foster – and titles include "Ooga Dooga", "Thanks For The Misery", "There Is Nothing Like A Dame", and "An Evening At Papa Joe's".  © 1996-2020, Dusty Groove, Inc.
(Cover has light wear and a cut corner.)