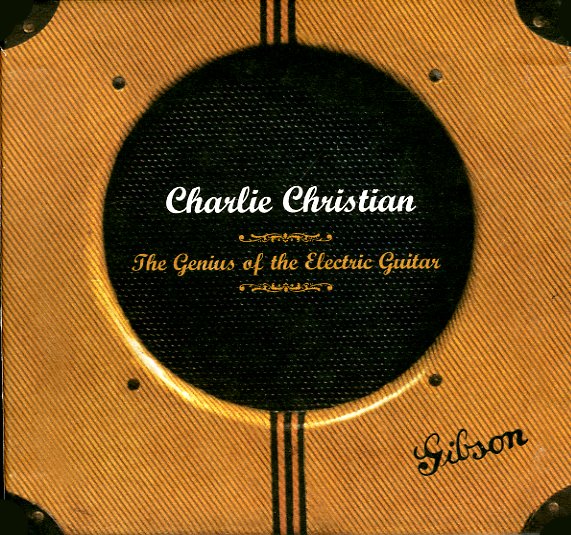 Amazing work from guitarist Charlie Christian – an artist who only recorded for a few short years before an untimely early death – but a player whose work went onto have a huge impact on both the guitar and jazz music in general for years to come! Charlie's playing has a sharp edge that's undeniable – an approach to the guitar that's definitely jazz, yet also finds a place for bluesy inflections too – in styles that no doubt influenced later players like Grant Green or Tal Farlow – and which may have also been an inspiration to electrified bluesmen in the 50s, too. This package brings together a huge amount of Christian's crucial sides for the Columbia label – material that features his raw electric instrument in the company of the Benny Goodman sextet, where Charlie could really shine – and a bit in Benny's larger group too. The package also features raw material that has Christian playing with Count Basie & Lester Young, and the Metronome All Stars – plus detailed notes too. 98 tracks in all!  © 1996-2021, Dusty Groove, Inc.
(Out of print first pressing – in the cool amp-styled box!)

Filles De Kilimanjaro (with bonus track)
Columbia, 1968. Used
CD...$3.99 (CD...$4.99)
A dark blend of acoustic and electric modes from Miles Davis – a set that still has him working with elements of the classic 60s quintet, but which also brings in a stronger emphasis on electric piano too! The rhythms here are really fantastic – ready to burst forth into a whole new ... CD

Romantic Warrior
Columbia/Legacy, 1976. Used
CD...$5.99 (LP...$6.99)
One of the hardest-jamming Return To Forever albums – recorded with the post-Brazilian lineup that includes Chick Corea on keyboards, Stanley Clarke on bass, Lenny White on percussion, and Al DiMeola on guitars. Corea's very firmly in the lead – stretching out in heavy keyboard romps ... CD