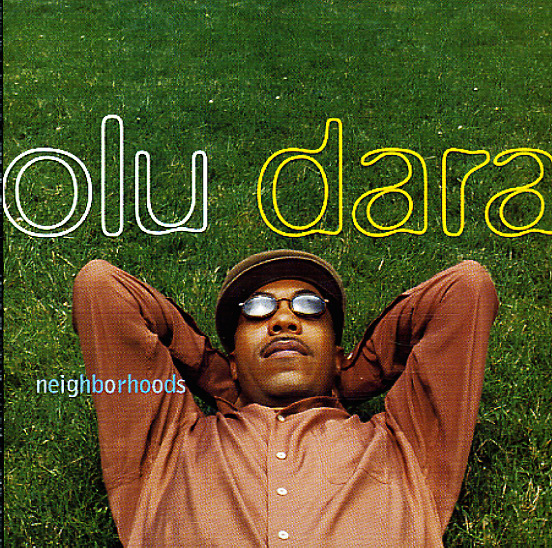 A pretty compelling batch of tracks, featuring the guitar, trumpet, and vocals of Olu Dara – a rootsy player who'd first come to fame in the avant scene of the 80s, but who also has undergone an incredible transformation over the past few years. Although the album is only the 2nd to be released under Dara's own name, he's had over 20 years of experience in the music business – as you'll clearly hear in the record's unique blend of New Orleans funk, delta blues, and African rhythms. It's hard to pinpoint this one exactly – but it's sure to be a favorite with the world music crossover scene. Guests include Dr John and Cassandra Wilson – and titles include "Massamba", "I See The Light", "Out On The Rolling Sea", "Strange Things Happen Every Day", and "Bell & Ponce".  © 1996-2021, Dusty Groove, Inc.

Fela & Ginger Baker Live! (LP sleeve edition)
Knitting Factory, 1971. Used Gatefold
CD...$9.99
A really seminal album from Fela Kuti – searing live set that pairs him with drummer Ginger Baker – formerly of Cream, and a huge supporter of Fela's music on the UK scene! Baker had already picked up a lot of Fela's influence in his music – and rather than the record being one ... CD

Best Of The Black President
Kalakuta, 1970s. Used 2 CD's
CD...$14.99
A great little Fela compilation of some of the Black President's most iconic material! This 2CD set features Fela's classic mid 70s recordings - with some of them edited down to shorter takes than the extended ones that appear on the full LPs, or "part 2" versions, but the track on the ... CD