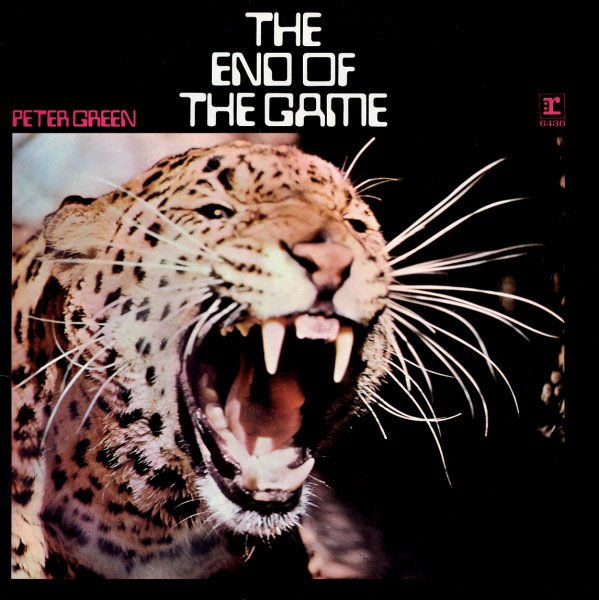 End Of The Game

A really fantastic solo album from guitar genius Peter Green – recorded right after he'd departed Fleetwood Mac, the band he helped found – and done in a freewheeling trippy style that's unlike anything recorded by that other group! Green's guitar is still unbelievably strong, but cast here as much in psychedelic modes as bluesy ones – and set up in this all-instrumental lineup that features Zoot Money on piano, Godfrey Maclean on percussion, Alex Dmochowski on bass, and Nick Buck on electric piano and organ! The album is very experimental – long instrumental tracks with lots of creative twists and turns – and titles include "Descending Scale", "The End Of The Game", "Burnt Foot", "Hidden Depth", and "Bottoms Up".  © 1996-2023, Dusty Groove, Inc.