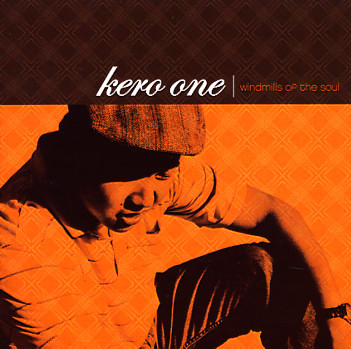 Windmills Of My Soul

Jazzy Bay Area hip hop from producer/MC double threat Kero One – an unabashedly rearward leaning hip hop head from the left coast – with skills on par with the Soul Providers, Lightheaded and others on the scene! It's no secret that we have eager ears for hip hop that's schooled in the Native Tongues tradition of jazz-based beats and mellow grooves – as well as the brighter, more sun-soaked west coast applications thereof – and Kero One doesn't disappoint! Tracks include "Give Thanks" feat Niamaj, "Musical Journey", "My Story", "In A Dream", "Ain't That Somethin?", "Tempted", "In All The Wrong Places", "Keep It Alive!", "The Cycle Repeats", "Fly Fly Away", "It's A New Day" and "Check The Blueprints".  © 1996-2021, Dusty Groove, Inc.

Toni Braxton
LaFace, 1993. Used
CD...$0.99
The smash first solo album from Toni Braxton – a set that not only catapulted the singer to worldwide fame, but also earned the LaFace production team another big feather in their cap! The set's got a nicely deep vibe that's a few steps beyond some of the more mainstream pop of the time ... CD