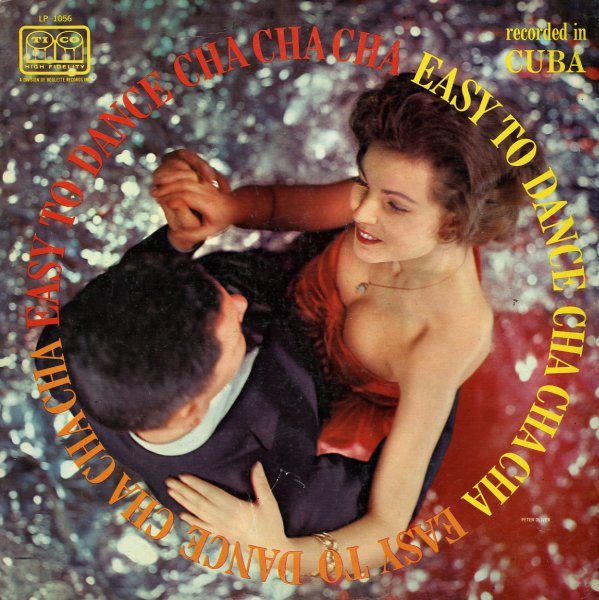 (Mono black label pressing with deep groove. Cover has light wear and aging, clear tape holding the top seam, and some light stains on back.)

Reunion
Tico, Mid 60s. Very Good+
LP...$24.99
Singer Miguelito Valdes is reunited with his old boss, Machito, in an LP of tightly orchestrated "Afro-boleros", as the liner notes call them. All of the material is vocal, in the style that Machito was doing with his larger group of the late 50s. Titles include "Africanerias" ... LP, Vinyl record album

Havana 3 AM
RCA, 1956. Very Good-
LP...$9.99
A real Latin standard of the 50s – packaged with a title and a cover that perfectly evoke the lure of pre-Castro Cuba at its best – and played by Perez Prado with a style that's more open and flowing than some of his earlier singles! The album's got a really unified feel overall – ... LP, Vinyl record album

Taste Of Cano
GNP/Crescendo, Late 50s. Very Good-
LP...$29.99
Excellent stuff! Although Eddie Cano cut a lot of pop-Latin piano records, this hard jazzy groover is a firey bunch of instrumentals that stands as one of his best records ever! The set's got a tight west coast group that includes a tight trumpet frontline, plus timbales, bass, and congas – ... LP, Vinyl record album

Dock Of The Bay
Harmony/Columbia, Late 60s. Very Good
LP...$11.99
Smoking Latin soul from Mongo! This one's issued on Harmony, the budget label of Columbia – and we're never sure if it's an exclusive album, or a collection of tunes from other Mongo sides on Columbia. Who cares, though? The music's so tasty, and the grooves are so heavy, we can never get ... LP, Vinyl record album