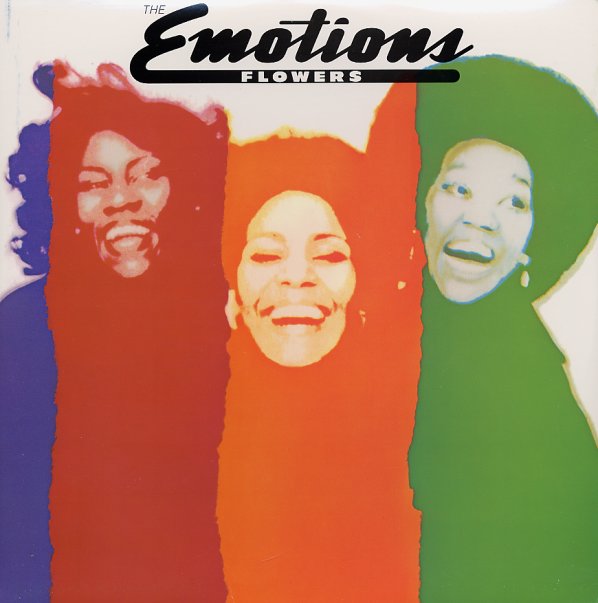 A soaring classic from The Emotions – thanks to some supreme help from the Earth Wind & Fire side of the soul spectrum! This set has the trio really sounding great – with Kalimba Productions by Maurice White and Charles Stepney – and a good deal of EWF help on the instrumentation as well! The girls break out of the rootsier style used on their earlier Stax recordings, and manage to fit perfectly with the jazzy tinges of the new grooves – and, along with Ramsey Lewis and EWF, the Emotions were part of a hugely successful trinity during the late 70s – one that took the indie soul roots of the Chicago scene and turned it into landmark big business for Columbia Records. The album's got a new approach to female group soul that would go onto shape R&B for years to come – and titles include "Flowers", "I Don't Wanna Lose Your Love", "We Go Through Changes", "Special Part", and "You've Got The Right To Know".  © 1996-2020, Dusty Groove, Inc.
(Out of print, 1996 Japanese pressing.)