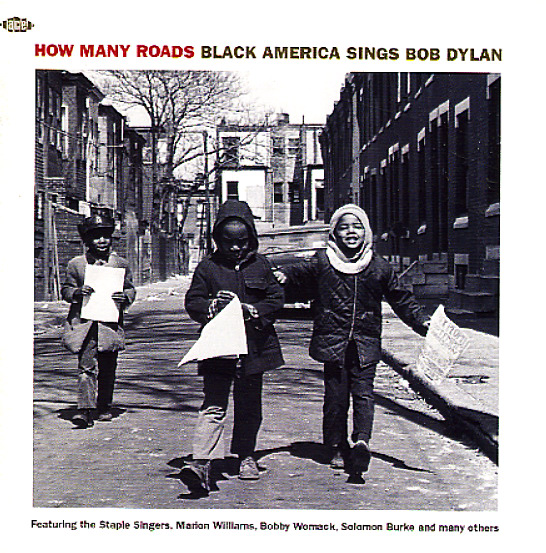 The oft-covered Bob Dylan songbook never sounds so soulful – classic interpretations of Dylan's canon from a great, far reaching roster of black artists – from the the ever-stirring Staple Singers, southern soul heroes Howard Tate and OV Wright, charismatic country soul from Brook Benton, great gender role perspective flipped versions by Nina Simone and Patti LaBelle, a funky tamborine take by Con Funk Shun and much more! It's another excellent entry in the Songwriter Series from Ace Records, extra excellent in that it takes an obvious hero of 60s Songwriter – and actually pulls together songs that'll take you by surprise for their depth – whether you treasure Dylan, deep 60s & 70s solo & group R&B, funk, folk soul...or all of the above! Includes "Blowin In The Wind" by OV Wright, "Girl From The North Country" by Howard Tate, "The Man In Me" by The Persuations, "Lay lady Lay" by The Isley Brothers, "Emotionally Yours" by The O'Jays, "All Along The Watchtower" by Bobby Womack, "Maggie's Farm" by Soloman Burke, "Mr. Tamborine Man" by Con Funk Shun and more. 20 tracks in all.  © 1996-2022, Dusty Groove, Inc.