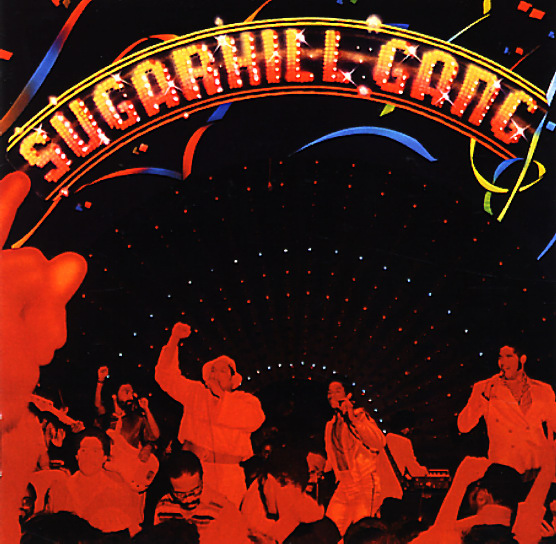 The eponymous LP by the Sugar Hill Gang – with some of the most infectious late 70s/early 80s grooves ever laid to wax! This is one of the first-ever full-length hip hop albums – cut on the success of the massive "Rapper's Delight" single! The record purports to feature percussion by Tito Puente – and it's also got live instrumentation by Keith LeBlanc on drums, Skip McDonald on guitar, and Sylvia Robinson on vibes. Features a 5 minute version of "Rappers Delight", plus "Rappers Reprise", "Passion Play", "Sugarhill Groove", and "Here I Am".  © 1996-2022, Dusty Groove, Inc.
(UK Pye pressing. Cover appears to have been signed by the group in back. Side 1 is double labeled.)