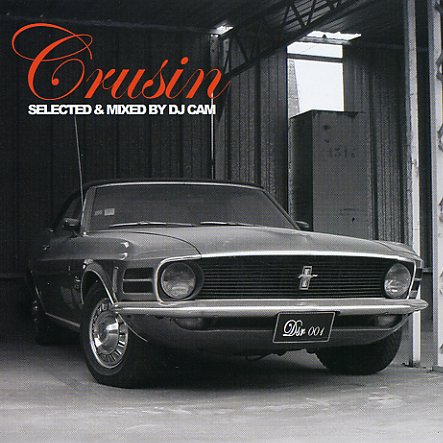 A funky mixtape – put together by DJ Cam! The album brings together 15 killer cuts from the 70s – mostly mellow soul and jazz-tinged groovers, of the CTI and Capitol Rare variety – all expertly selected by Cam, and laid out back to back in one seamless mix. The CD is numbered, so that you can jump in at the beginning of each track – and the tunes are presented in their entirety, with just a slight bit of remixing to help smooth the shift from cut to cut. The whole thing's great – super-dope and mad mellow – with tracks that include "Enchanted Lady" by Milt Jackson, "Space Talk" by Asha Pulthi, "Rule Of Mind" by 9th Creation, "Love Is Love" by Ubiquity, "Mister Mellow" by Maynard Ferguson, "I Had A Dream" by Hubert Laws, "Spread Your Wings" by Peabo Bryson, "Two Of Us" by Cameo, "Bumpin Bus Stop" by Thunder & Lightning, "Fantasy Interlude" by The Originals, "Soul Fusion" by Milt Jackson, "Amalgam" by Dudley Moore Trio, and "Yesterday" by Clifford Brown.  © 1996-2020, Dusty Groove, Inc.
(Out of print.)

Soul Togetherness 2018 – 15 Modern Soul Room Gems
Expansion (UK), 2018. Used
CD...$9.99
A sublime entry in this always-great series – a selection of cuts that are mostly contemporary, but which bubble with a classic soul vibe all the way through! And by "classic", we mean the sound of the early years of modern soul – those late 70s/early 80s groovers from the ... CD

New Orleans Funk – The Original Sound Of Funk Vol 2 – Second Line Strut
Soul Jazz (UK), 1960s/Early 70s. Used
CD...$13.99
An incredible follow up to the first New Orleans Funk compilation on Soul Jazz – even harder-hitting than the first, and filled with funky rare gems! This set took nearly a decade to follow the first, but it's been well worth the wait – and the crew at Soul Jazz have clearly used all ... CD

When I'm Alone I Cry (mono & stereo mixes)
Tamla, 1964. Used
CD...$18.99
A beautiful early Motown session from Marvin Gaye – with a title that really hints at the open emotion of his later work! The set's one of a few that has Marvin singing standards and jazz tunes – but it's done in a mellow late night way that really sparkles with a lot of soul – ... CD