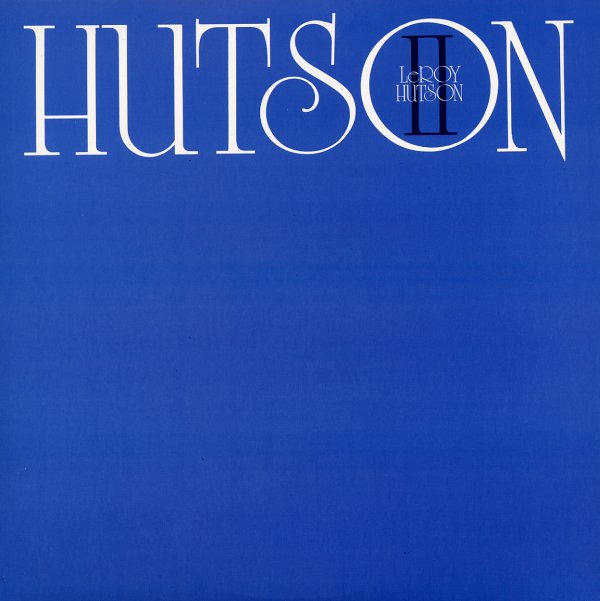 One of our favorite soul albums ever – a complete masterpiece from the mighty Leroy Hutson, easily one of the greatest soul singers of the 70s! The album's got a warmth that's amazing, yet also still manages to groove all the way through – hitting a subtle, almost mellow vibe that's like Marvin Gaye or Roy Ayers at their best – but somehow even better because the album's a lot less familiar than their work, and has a freshness that grabs us again and again over the years! Hutson arranged and produced the whole set himself – and the scope of his talents in the studio is amazing – tight on the rhythms, but broadly expansive on the other instrumentation – with a mix of intimacy and class that few other records from the 70s could ever hope to match. Perfect all the way through, and filled with genius cuts that include "Don't It Make You Feel Good", "I Think I'm Falling In Love", "Love to Hold You Close", "Flying High", "I Do I Do Want To Make Love To You", "Blackberry Jam", and "Sofunkstication".  © 1996-2020, Dusty Groove, Inc.
(Original pressing. Cover has light wear.)